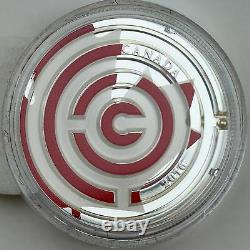 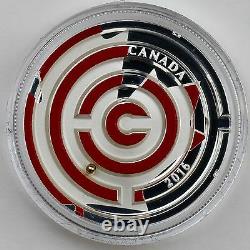 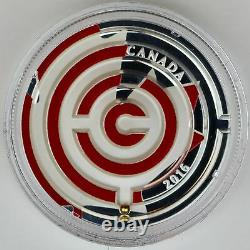 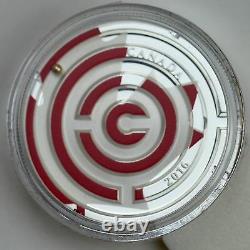 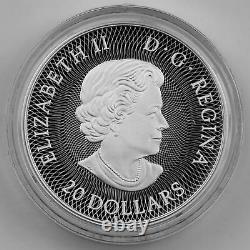 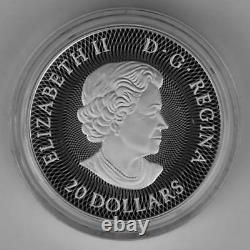 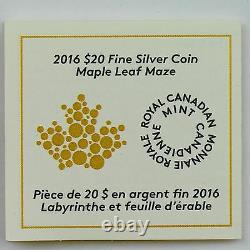 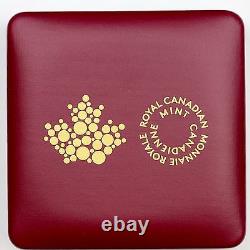 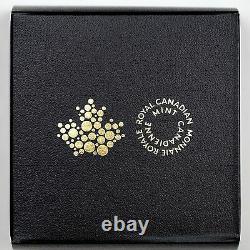 Unlike many other coin dealers. To protect against these risks, we do not sell'second-hand' coins. All of our Canadian coins are stored in a climate controlled, smoke-free vault. Composition - 99.99% pure silver.

Artist - Susanna Blunt (obverse). People have been entertained by puzzles since Roman times. One of the most timeless puzzles: finding the way to the center of a maze.

This coin serves up a unique version for the 21st century with a maze struck in 99.99% pure silvercomplete with a free-rolling ball to play! Will definitely be a conversation starter with friends! This fine silver coin's a-MAZE-ing design combines a vibrantly colored Canadian icon with all the fun and challenge of a maze. CRAFTED IN 99.99% PURE SILVER! Round and round, the ball spinsbut will you make it to the center?

Test your patience and skill to see how fast you can get the ball into the bull's eye! YOU WON'T WANT TO PUT THIS COIN DOWN! A fun collectable that is uniquely entertaining; a timeless addition to any collection - not to mention a sure conversation-starter! The small ball you maneuver through the maze is made of brass! For our Canadian customers, this coin is GST/HST exempt!

With its red maple leaf this coin is the perfect Canada Day celebration gift! The reverse design brings together the use of color, precision engraving and an innovative design to create a one-of-a-kind numismatic maze. A small brass ball rolls freely along the engraved circular pathway that forms the maze, while multiple paths provide the challenge of getting the ball to the bull's eye in the center of the reverse. In the background is a partial view of a Canadian icon that is recognized worldwide: the beautiful red maple leaf that proudly adorns Canadas national flag.

The reverse includes the engraved word "CANADA" and the year "2016". The obverse features the face value "20 DOLLARS" and the effigy of Her Majesty Queen Elizabeth II by Susanna Blunt. For your safety: Keep the coin securely in its capsule at all times to ensure you don't risk losing the small ball, which could pose a choking hazard for young children. Mazes have appeared in ancient Greek texts as far back as the 5th century BC.

In fact, it appears in one of the best-known Greek myths, Theseus and The Minotaur , in which Theseus becomes a Greek hero by navigating this maze and defeating the creature. From there, the idea spread and the puzzle has since been widely used around the world, from the architecture of early Christian churches to the lavish gardens at the Palace of Versailles in France. What's the difference between a labyrinth and a maze? A labyrinth is said to have a single path that winds its way into the middle, which forces you to retrace your path to get back out; a maze has dead ends or many different paths and directions to choose from.

The first maze recorded in history was the Egyptian Labyrinth visited by the Greek writer Herodotus, but little remains of it today. Hedge mazes date back to Roman times and had spread to England by the 16th century. Unsearched All of the coins offered in this listing are unsearched. Many coin dealers search all coins when they are received from the Mint.

Since all coins offered in that listing are essentially identical, the coin photographed is representative of all coins offered. Surface areas that appear black on some proof coin photos are actually highly polished, mirror-bright metal reflecting the color of the camera. We often include proof coin photos with the coin slightly tilted to better depict the mirror bright surfaces. However, tilting the coin may result in one side being slightly out of focus. Please review all of the photos provided to obtain the best understanding of the coin's actual appearance.

Whenever possible, we use actual photos of our coins, rather than just stock artwork from the Mint. We frequently update and upgrade the photos that appear with our listings, using improved cameras and lenses and better lighting. We will honor your requests for additional photos as quickly as our schedule permits. The item "Canada 2016 $20 Maple Leaf Maze, 99.99% Pure Silver Color Proof, Play the Maze" is in sale since Friday, June 17, 2016. This item is in the category "Coins & Paper Money\Coins\ Canada\Commemorative".