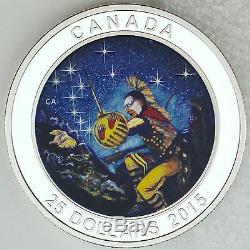 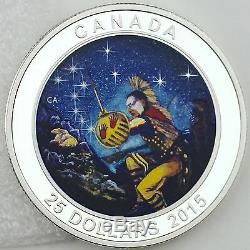 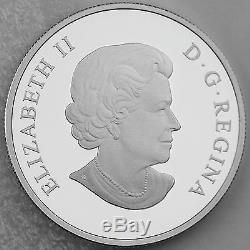 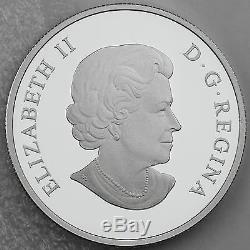 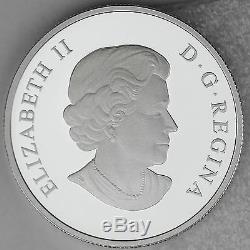 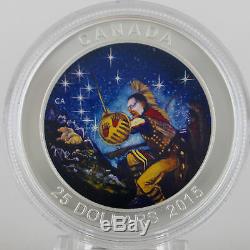 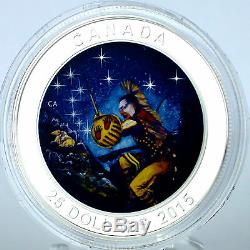 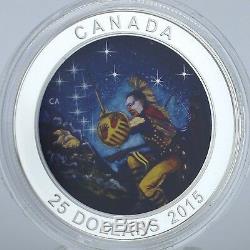 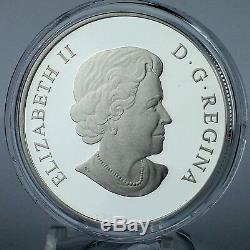 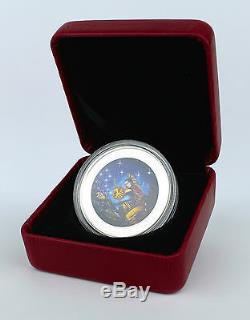 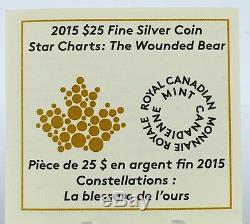 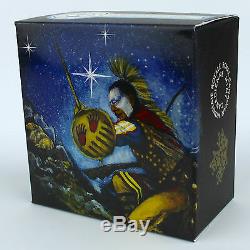 All coins offered in this listing are unsearched! All of our Canadian coins are stored in a climate controlled, smoke-free vault.

All of our Canadian coins are acquired directly from the Royal Canadian Mint - We do not sell'second-hand' coins from unreliable and potentially fraudulent/counterfeit sources. Composition: 99.99% pure silver.

We must stop it, the elders said. Three great hunters set out in pursuit of the great bear. They tracked it for many moons, across the earth and up into the sky. The story above is the compelling First Nations legend that explains the origins of the Big Dipper, one of the most recognized formations in the night sky. The seven stars that make up the Big Dipper are arguably one of the most recognized formations in the night sky. They are visible year-round from northern latitudes, and have inspired countless legends around the globe. Many First Nations legends describe the Big Dipper as a great bear who is hunted ceaselessly by three hunters. A wonderful keepsake for star gazers and history buffs; anyone with a passion for Canada's rich ancestral past and its mystifying First Nations traditions and legends. This second coin in this four coin series is Wounded Bear. All four boxes in the series when viewed in the dark make up the big dipper! A FIRST: Glow-in-the-dark technology on a silver coin! Glows in the darkjust like stars! Turn off the lights and 7 stars depicting three hunters in pursuit of the great bear magically appear.

Innovative glow-in-the-dark technology will not wear out - ever! For best effect, simply recharge the coin under a light. Mesmerizing color brings the richness of First Nations traditions to life. It's easy to imagine the powerful scene that played out as brave members of the Plains Ojibwa band set out to hunt the bear under a star-filled sky.

Not all the stars are colored. Four of them shine with the perfection of 99.99% pure silver to enhance the twinkling sky. For our Canadian customers, this coin is GST/HST exempt! Western Ojibwa artist Cyril Assiniboine has created a stunning image of hunters as they track the bear under a star-filled sky.

The design showcases the hunters' impressive traditional Saulteaux dress, complete with imposing face paint and ceremonial shield with highly symbolic bear claw motif. In the background, the Big Dipper glows in the dark; a foreboding sign of the eternal hunt that is to come. Each coin is encapsulated and presented in a Royal Canadian Mint-branded maroon clam-shell with a custom beauty box that glows in the dark! Check out my other items.

Be sure to add me to your favorites list. Unsearched All of the coins offered in this listing are unsearched. Many coin dealers search all coins when they are received from the Mint.

Since all coins offered in that listing are essentially identical, the coin photographed is representative of all coins offered. Surface areas that appear black on some proof coin photos are actually highly polished, mirror-bright metal reflecting the color of the camera.

We often include proof coin photos with the coin slightly tilted to better depict the mirror bright surfaces. However, tilting the coin may resulting one side being slightly out of focus. Whenever possible, we use actual photos of our coins, rather than just stock artwork from the Mint.

We frequently update and upgrade the photos that appear with our listings, using improved cameras and lenses and better lighting. We will honor your requests for additional photos as quickly as our schedule permits. The item "Canada 2015 $25 Wounded Bear 1 Oz.

Pure Silver Glow-in-the-Dark Color Proof Coin" is in sale since Friday, December 5, 2014. This item is in the category "Coins & Paper Money\Coins\ Canada\Commemorative".