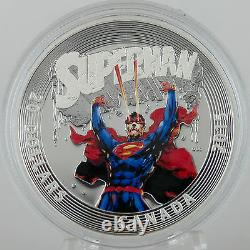 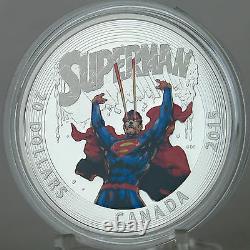 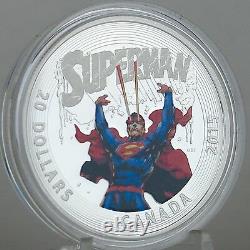 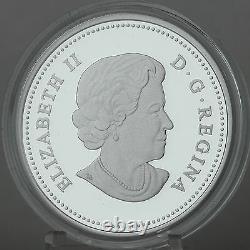 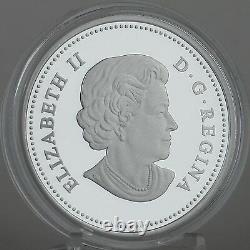 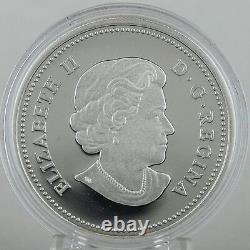 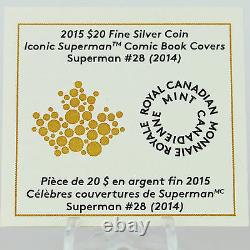 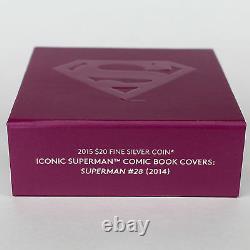 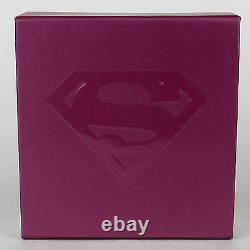 99.99% Pure Silver Proof Coin. All coins offered in this listing are unsearched! All of our Canadian coins are acquired directly from the Royal Canadian Mint - The counterfeiting of numismatic coins, and the sale of stolen coins, are serious problems for coin collectors and dealers. Unlike many other coin dealers.

To protect against these risks, we do not sell'second-hand' coins. All of our Canadian coins are stored in a climate controlled, smoke-free vault.

Face value - 20-dollars (a legal tender Canadian coin). From the moment Superman first appeared in 1938, comic book covers have played a key role in telling his story. Millions of readers and moviegoers have been captivated by his adventures.

It is a storyline so compelling that after 75 years, special anniversary issues and the Mint's coins in 2013 were snatched up with superhuman speed. Keep the passion going with these must-have coins showcasing some of the most iconic comic book covers ever! The perfect way to introduce coin collecting to your child or grandchild! In the New 52 universe, Superman is at the beginning of his crime-fighting career: he's young, he can't fly yet, he has a make-shift costume and he's more of a vigilante. Blink and you might miss it!

The issue includes a few subtleties including a cameo appearance by the character Pandora (who appeared in every #1 issue of The New 52 series) and Lois Lane's zip-up shirt that reads "Keystone City"the home of another superhero: The Flash! This issue featured several variant covers. The perfect coin to start your child's or grandchild's love of coin collecting!

As seen on the cover of. (2014), the reverse image features Superman in his Kryptonian battle armour, lifting the title of his comic book with the help of his heat vision and super strength. Dust and debris fall from the SUPERMAN title, as our superhero's red-coloured cape billows in the wind. The reverse image's detailed engraving is enhanced by the application of vibrant colour, all of which are framed within a series of concentric circles that add depth to the design and create the illusion that Superman is poised to leap out of the coin.

Each coin is encapsulated and presented in a Royal Canadian Mint-branded custom paperboard box. Unsearched All of the coins offered in this listing are unsearched. Many coin dealers search all coins when they are received from the Mint.

Surface areas that appear black on some proof coin photos are actually highly polished, mirror-bright metal reflecting the color of the camera. Whenever possible, we use actual photos of our coins, rather than just artists conception drawings from the Mint. We frequently update and upgrade the photos that appear with our listings, using improved cameras and lenses and better lighting. We will honor your requests for additional photos as quickly as our schedule permits. The item "Canada 2015 $20 Superman Action Comics #28, 1 oz.