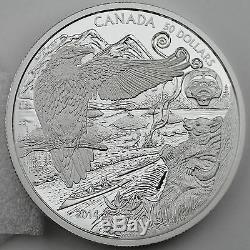 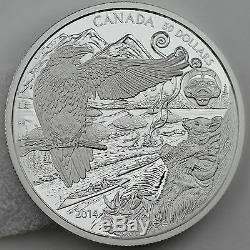 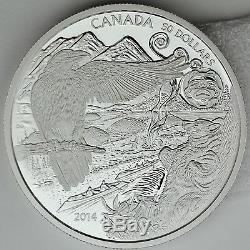 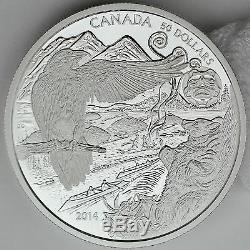 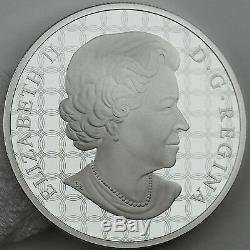 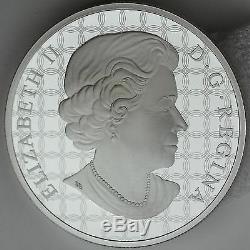 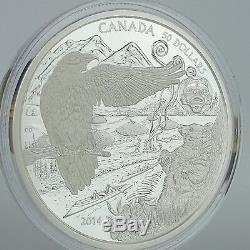 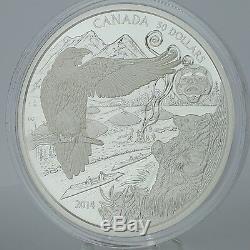 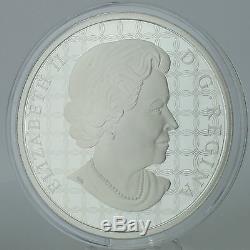 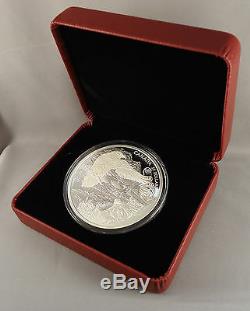 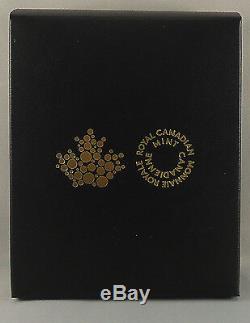 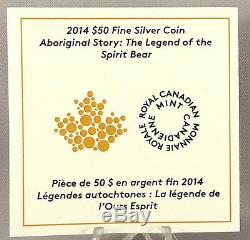 Diameter (mm) - 65.25. Certificate serialized (serial numbers will vary). Face value - 50 dollars (a legal tender Canadian coin). Artists - Darlene Gait (reverse), Susanna Blunt (obverse). This coin is a stunning work of art, with beautiful and intricate engraving. While we have done our best to capture the drama of the coin in the accompanying photos, the breathtaking'presence' of this 5 ounce pure silver proof coin simply cannot be conveyed in two dimensional photographs. Spirit Bear is a great source of intrigue, as is the First Nations legend how this unique bear came to be. When Raven first created the world, everything was white. After some time, Raven decided the world needed color, but as the ice began to melt, people started fighting over the land that appeared. Years passed, more and more animals changed color, and the world became more beautiful than ever, but the people kept fighting over everything. So, Raven decided to remind them where they came from by turning one in every ten bears white. To this day, Spirit Bear, also called the Kermode Bear, still wanders the islands of British Columbia to bring this message to the world. Share the story of Spirit Bear as revealed by the fascinating narrative crafted onto this exquisite fine silver coin. An original work by Coast Salish First Nation's artist Darlene Gait that recounts the fascinating legend of Spirit Bear. With a diameter of 65.25 millimeters, the intricate and beautiful details created by the artist are revealed clearly! An unexpected and original keepsake crafted to the highest standards - perfect for art lovers, storytellers, history buffs, and anyone with an interest in First Nations culture and art. A limited-edition work of art. Coast Salish First Nation's artist Darlene Gait has created a stunning narrative on the legend of Spirit Bear. A white Raven waves its wing to bring color to the world. Below, retreating snow and ice reveal a wondrous new world brimming with life.

Communities of earth mounds dot the land and people can now navigate rivers by canoe. British Columbia's mountains rise in the background and a prophetic bear totem appears before the sun. People gather around a great fire, seemingly in preparation of war; a sight that inspires Raven to wave its wing once again to turn the great, humble bear white. Each coin is encapsulated and presented in a Royal Canadian Mint-branded maroon clamshell with a standard beauty box. Check out my other items.

Be sure to add me to your favorites list. Unsearched All of the coins offered in this listing are unsearched.