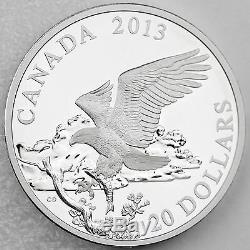 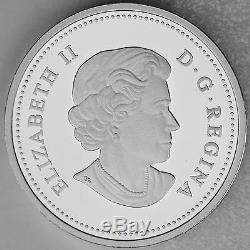 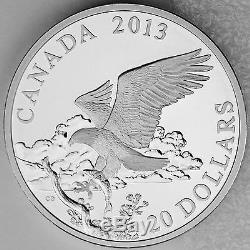 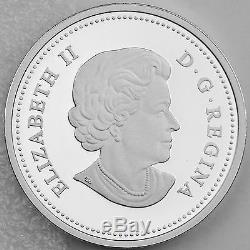 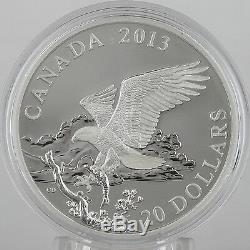 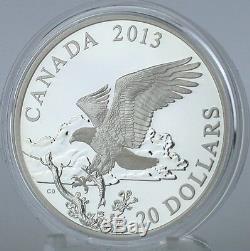 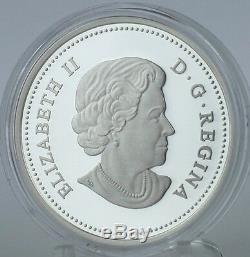 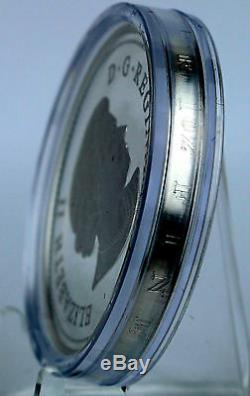 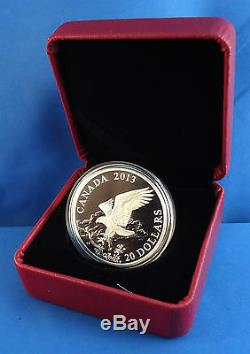 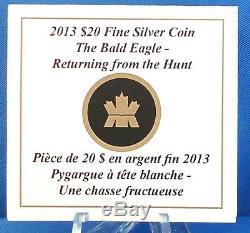 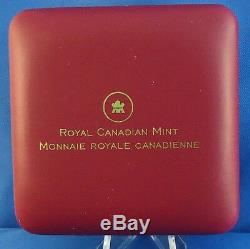 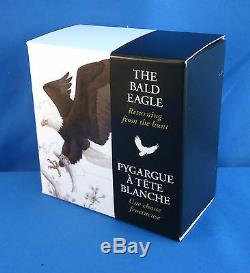 To protect against these risks, we do not sell'second-hand' coins. All of our Canadian coins are stored in a climate controlled, smoke-free vault. Composition - 99.99% fine silver. Weight (g) - 31.39 1 troy oz.

When it comes to hunting, the bald eagles most important assets are its eyes, its talons, and its exceptional diving speed. Eagle vision is about six times stronger than that of humans.

In addition, transparent nictitating membranes on their eyes allow eagles to blink without losing sight of prey for even a moment. The eagles claws are its key tool for hunting, nest building, and more.

Composed of three front toes and one back toe, all tipped with long keratinous talons, its claws are connected to tendons in the eagles legs and feet that allow it to clamp down on captured prey with crushing force. Once the hunter has spotted the days catch, it will dive at speeds in excess of 120 kilometers per hour, snatching its prey from the water or ground with lightning speed.

The eagle later uses a claw to hold its catch while tearing at it with its sharp curved beak to eat. This coin is the third release in the Royal Canadian Mints exciting new four-part series of 1-ounce fine silver coins featuring the iconic bald eagle as seen from four different perspectives. 4 different finishes are used in minting this coin to highlight this iconic bird in flight.

From the naturally bright cloud to a softer matte on the head, tail, and claws, each detail of the image was carefully polished to bring this iconic figure to life. Each coin is rendered in 99.99% fine silver. The coin features a majestic bald eagle, with wings extended to the full span, about to land on the branch of a pine tree. In its powerful left claw, the eagle clutches a freshly caught fish.

Its right claw is fully extended to grasp the branch. The eagle is viewed in profile from its left side, the details of its impressive wings, distinctive snowy head and tail rendered in fine detail by Royal Canadian Mint engravers and accented with multiple finishes. The frosted head and tail contrast the darker feathers on the body and wings, and define the iconic eagle silhouette against the mirror polished background.

The tree and fish have also been given a softer finish that brings the tree forward and adds depth to the overall design. This coin also features unique edge lettering, with the words FINE SILVER 1 OZ ARGENT PUR 1 OZ engraved around the edge of the coin.

Each coin is encapsulated and presented in a maroon clamshell case lined with flock. The case is packaged in a custom beauty box that features a full-color image of the reverse design by Canadian nature artist Claudio DAngelo. Are also available for an additional charge. Unsearched All of the coins offered in this listing are unsearched. Many coin dealers search all coins when they are received from the Mint.

We often include proof coin photos with the coin slightly tilted to better depict the mirror bright surfaces. However, tilting the coin may resulting one side being slightly out of focus. Whenever possible, we use actual photos of our coins, rather than just stock artwork from the Mint. We frequently update and upgrade the photos that appear with our listings, using improved cameras and lenses and better lighting.

We will honor your requests for additional photos as quickly as our schedule permits. The item "Canada 2013 $20 Bald Eagle Returning From the Hunt Proof 1 oz.

Pure Silver" is in sale since Thursday, September 26, 2013. This item is in the category "Coins & Paper Money\Coins\ Canada\Commemorative".