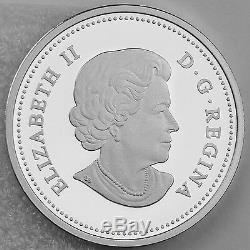 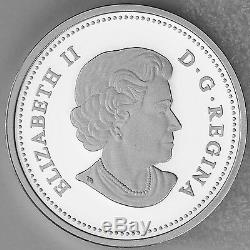 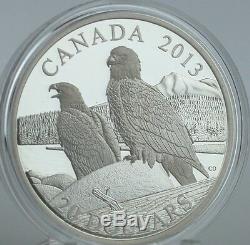 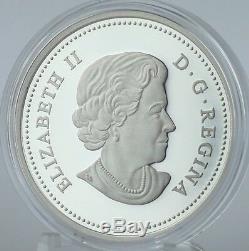 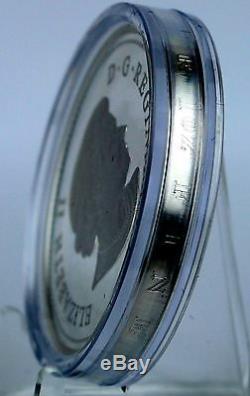 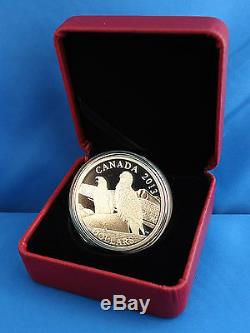 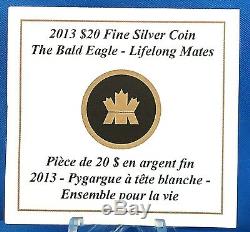 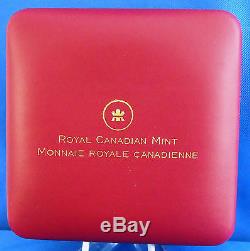 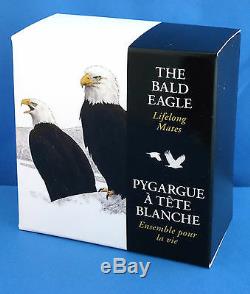 The bald eagle is North Americas largest bird of prey and the only eagle exclusive to North America. An apex predator with no natural enemies, the bald eagle has long been a potent symbol of vision, power and stoicism. This long-lived bird can survive nearly 30 years in the wild and even longer in captivity. The bald eagle does not reach reproductive maturity until its fifth year of life, at which time the eagle seeks a mate that will likely become its life partner. In some instances, mated adult eagles will seek a new partner if one of the pair leaves the region or dies, or if the pair have difficulty reproducing. This coin is the second release in the Royal Canadian Mint's exciting new four-part series of 1-ounce fine silver coins featuring the iconic bald eagle as seen from four different perspectives. Each coin celebrates the life and habits of an astonishing predator with a coin of stunning artistry. A variety of frostings were used on this coin to accentuate the natural features of the birds and add depth to the landscape.

The matte-white eagle heads stand proud against the brilliantly polished sky, while the naturally contoured river shines softly in the valley below. Low mintage maximum of only 7,500 coins, each coin is rendered in 99.99% fine silver. This coin was designed by Canadian artist Claudio D'Angelo.

It features a pair of bald eagles perched majestically on a rocky shoreline, surveying their territory. One of the pair sits at the center of the image, gazing sternly at the viewer with its left eye, its face and seated body viewed in three-quarter profile. Slightly behind this eagle and to the left sits its mate, its back turned to the viewer and its open-mouthed profile viewed from the left side. Behind them, a large river flows across the width of the central ground, with a long finger of land jutting out into the water from the right side of the image. In the far background, a dense coniferous forest rises in the foothills of distant mountains, whose jagged white peaks are visible on the horizon. This coin also features unique edge lettering, with the words "1 OZ FINE SILVER 1 OZ ARGENT PUR" engraved around the edge of the coin. Each coin comes in a custom beauty box that features a full-color image of the reverse design by Canadian nature artist Claudio D'Angelo. In Canada, large bald eagle populations are concentrated along the Pacific Coast; however, stable smaller populations are also found across the prairie provinces, in Northern Ontario, on Cape Breton Island, and in Newfoundland-and-Labrador.

At-risk populations are still found in southern Ontario and New Brunswick. Are also available for an additional charge. Check out my other items. Be sure to add me to your favorites list.

Unsearched All of the coins offered in this listing are unsearched. Many coin dealers search all coins when they are received from the Mint. They "cherry-pick" the best coins. Then submit them to be graded, certified, and slabbed by PCGS, NGC, ANACS, etc. When a dealer searches coins, those that they sell in original Mint packaging are only lesser quality coins.

However, tilting the coin may resulting one side being slightly out of focus. Whenever possible, we use actual photos of our coins, rather than just stock artwork from the Mint. We frequently update and upgrade the photos that appear with our listings, using improved cameras and lenses and better lighting. We will honor your requests for additional photos as quickly as our schedule permits. The item "Canada 2013 $20 Bald Eagle Lifelong Mates 1 oz 99.99% Pure Silver Proof Coin" is in sale since Saturday, September 7, 2013.