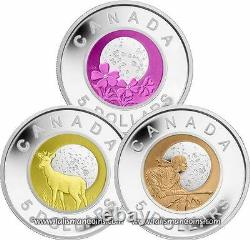 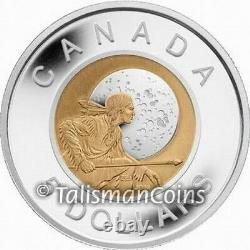 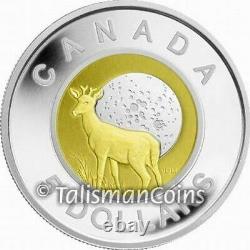 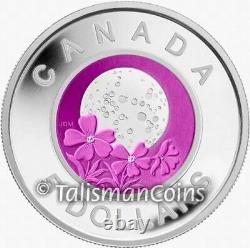 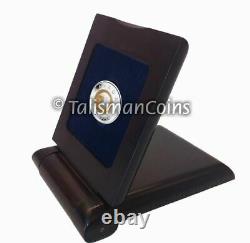 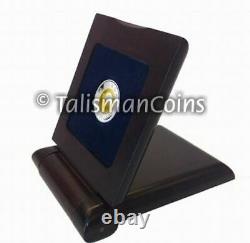 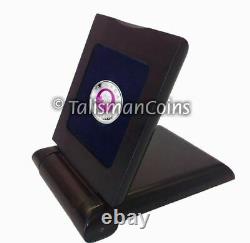 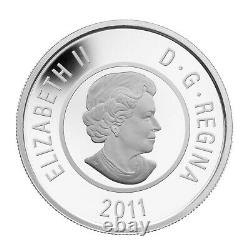 This listing is for a Special Bonus Discount 3-Pack of three different Bimetallic Niobium and Silver Proofs! Get this DEEPLY DISCOUNTED 3-Pack of Canada's first ever Niobium bimetallic revolutionary proofs with colorful, Native American designs! Talisman Coins and the Royal Canadian Mint are proud to offer you this new numismatic experience - the.

First ever Canadian niobium coins! Proofs find pure niobium combined with precious silver to create the effect of a huge, full moon rising over the earth in a series of four Native American-themed. Designs created by noted Canadian artist and illustrator John Mantha. Please see the article lower in this presentation for more information about this artist.

Let's see - new, Native American. Designs with are the first Canadian niobium. Each features a beautiful, colorful scene featuring the best of both metals.

Did we mention that the mintage limit is only 7,500 per release? We look at cable TV or check the internet to see if it's going to rain, but there was a time when people gleaned far more information merely by gazing upward - particularly at night.

Throughout history, cultures around the world have recognized the moon as the guardian of natures cycles. Its perpetual waxing and waning, dying and reappearing, marked the passage of time - not clock time, but rather the mythic time that governs the rhythms of life: the ebb and flow of the sea, the birth, maturation and migration of animals, and the scattering of seeds the sprouting of new plants. In North America, the Native American. Peoples, including the many Algonquin tribes, utilized the lunar cycle as a celestial calendar to track time.

They assigned a name to each full moon, to reflect the seasonal activities that accompanied its specific cycle. The Algonquin people lived across a vast territory from the Atlantic in the east to Lake Superior in the west, and the geographical distances between them produced a variety of names for each full moon. Why do we like these coins so much? Let us count the ways: 1 The first-ever Niobium coin program from the Royal Canadian Mint!

2 Unusual, non-through-metal style BiMetallic coin! 3 Full proof finish with mirrored fields and frosted cameo relief 4 Extremely low mintage limit of only 7,500 each! 5 An original work of art by illustrator John Mantha! The Royal Canadian Mint leads the world with its many proprietary technologies. Now it has added another high-tech process to its stable of legal tender enhancements - oxidized niobium metal combined with silver for a dramatic and colorful effect!

A full moon (in silver) rises over a vignette (each in three separate, distinct colors of niobium). A frosted cameo portrait of Her Majesty, Queen Elizabeth II.

This portrait, the fourth effigy of the queen to appear on Canadian coinage, was executed by the artist Susanna Blunt. The legend ELIZABETH II D.

REGINA ("Elizabeth II, Queen by the Grace of God") also appears, and the date is indicated. Each coin is encapsulated and presented in a wooden presentation case, lined with black velvet and protected by a black outer box.

About the Artist - John Mantha. Canadian artist John Mantha has created countless visual works for advertising agencies, corporations, book publishers, magazines, television and movies, so when he was asked to design coins, he eagerly embraced this challenging new medium. Mantha is undeterred by the challenge of downsizing his creative thinking from a movie screen or book page to the minute proportions of a coin, The size of the finished product is really secondary.

I see my role as an interpreter. I listen carefully to my client to get a feeling' for what they are trying to say, and then figure out how to express it through my art. Some people speak multiple languages to verbally communicate an idea, but the languages I use are visual; and they include everything from the paint or pencil; the paper or canvas; colors, shapes, style and perspective.

"I have a great appreciation for the beauty of the full moon, " he says. I grew up in Sault Ste. Marie and would go canoing deep in the bush, where it starts to get dark as soon as the sun disappears behind the trees. But if there's a full moon, it makes all the difference when you have to find your way around the camp site.

While doing background research for the Full Moon Series, Mantha discovered that Canada's First Nations (Indians) people share a deep connection with the moon. In fact, aboriginal cultures around the world consistently look to the skies for information - when to plant; when to hunt; when animals begin their migration.

" "I believe the moon has magical qualities that are undeniable, " says Mantha, "Ever notice how people glance up at night, even if for a second? The moon's size and location may change, but its powerful allure remains the same.

This is why I kept it silver in all the designs. Regardless of the weather or the season, the moon is constant: a reassuring source of comfort for us here on earth. The item "Canada 2011 2012 Full Moons 3 Coin $5 BiMetallic Niobium Silver Proof Set" is in sale since Sunday, December 2, 2012. This item is in the category "Coins & Paper Money\Coins\ Canada\Commemorative".