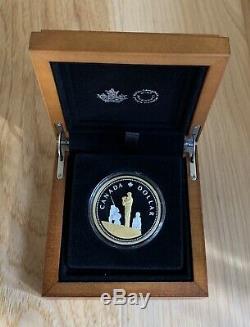 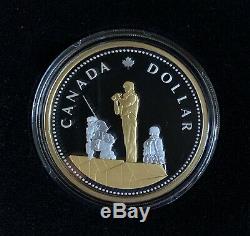 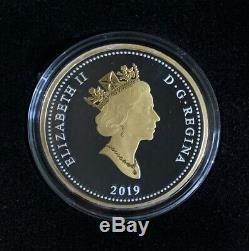 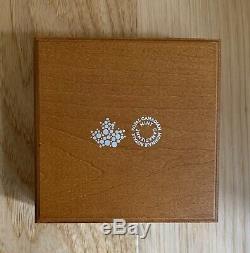 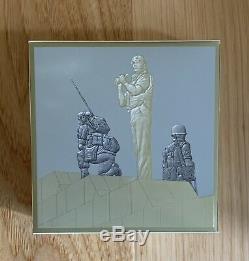 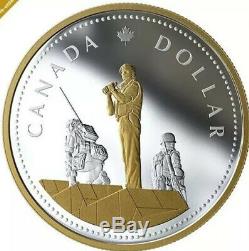 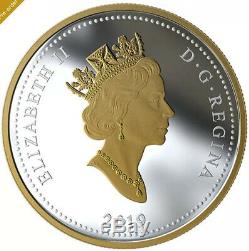 Includes complete Original Government Packaging including boxes and individually numbered COA. For a relatively small, young country, Canada has made a significant contribution to international peacekeeping over the last half-century. Present at the inception of the United Nations mandate for official military peacekeeping interventions, Canada played a key role in one of the UN Emergency Forces first interventions: the 1956 Suez crisis in Egypt. This contribution not only earned Canadian Prime Minister Lester B.

Pearson the Nobel Peace Prize but was also a pivotal moment in Canadians understanding of their nations place on the world stage. Celebrate Canadas proud history of peacekeeping with this exclusive coin available only to Masters Club members! 2 OUNCES OF PURE SILVER!

Selective gold plating adds a touch of elegance to the design on the reverse, the effigy on the obverse, and the rim that frames the mirror-like proof finish! The reverse image features the design from the Canadian 1995 one-dollar circulation coin depicting the Peacekeeping Monument in Ottawa, Ontario. The central figure on the image is plated in gold. The obverse features the effigy of Her Majesty Queen Elizabeth II by Dora de Pedery Hunt. Her Majestys effigy is plated in gold. The reverse design for this coin is based on the Canadian 1995 one-dollar circulation coin commemorating Canadian peacekeepers. The image depicts the Peacekeeping Monument, Reconciliation, which stands in the heart of Canadas national capital. This monument, designed by Canadian artists Jack Harman, Richard Henriquez, and Cornelia Oberlander, presents two male peacekeepers and one female peacekeeper on a rubble-like stone base, looking out from high ground. Canadas peacekeeping experience during the Suez crisis was an important motivator behind Prime Minister Lester B.

Pearsons drive to give Canada its own flag. During the crisis, Egypt requested that Canadian troops not participate on the ground because the flag on their uniformswhich at the time was the Red Ensign that bears an image of the Union Jackclosely resembled that of England. The Egyptian leadership could not guarantee that its people would not confuse Canadians with the British, whom Egypt considered an enemy in the conflict. The item "2019 Canada Masters Club Peacekeeping Renewed Silver Dollar 2oz Proof In Stock" is in sale since Wednesday, November 6, 2019.