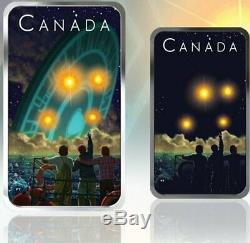 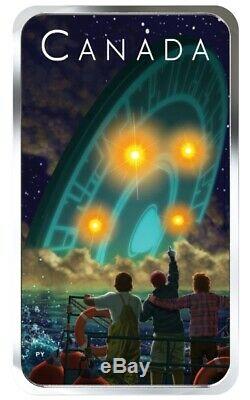 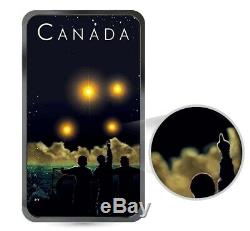 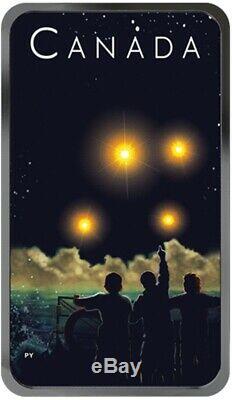 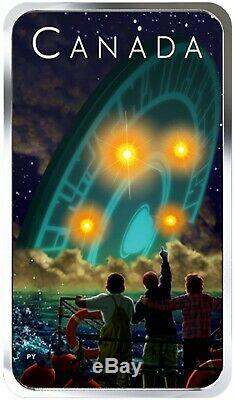 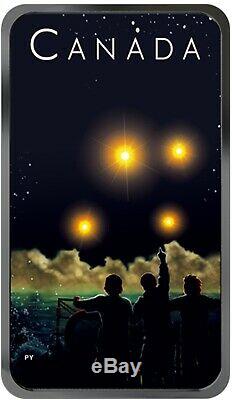 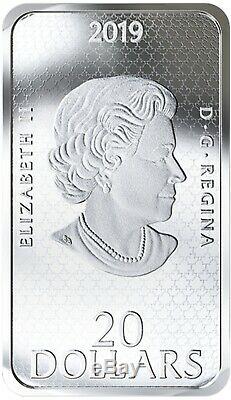 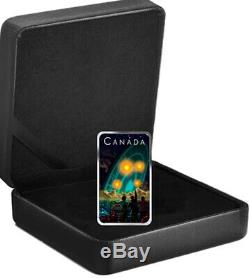 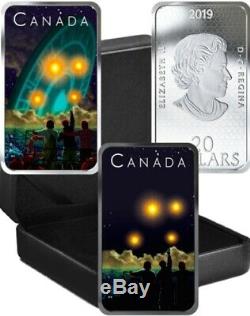 The strange object was flying low over the fishing village when it suddenly tilted to a 45-degree angle and dropped towards the water. At first, no one referred to it as a UFO. Laurie Wickens, then 18, noticed the lights while driving with friends and estimated the craft to measure some 60 feet in diameter.

But when it came crashing down into the sea, a flash of light and a roar led some witnesses to believe a plane crash had just occurred. Three RCMP officers, including one who had also seen the lights, arrived at the impact site to find the strange object glowing in the water less than a kilometre from the shore. Officials contacted the Rescue Coordination Centre in Halifax to find out if an aircraft had gone missing all were accounted for.

What crashed in the water? Government documents show authorities could not offer a conventional explanation. Even today, the Shag Harbour. Incident remains a mystery and one of the best-documented encounters with an unidentified flying object.

Black light-activated features set the mood for our re-telling of this unsolved mystery that prompted a government investigation. The vertical image conveys a feeling of awe at the sight of the strange object crashing down off the coast of Nova Scotia, before disappearing and leaving only a trail of sulphurous-smelling yellow foam. Black light technology adds a sci-fi glow to our depiction of Canada's Roswell'. Our second UFO coin is a re-telling of a widely witnessed event that took place in 1967.

The vertical design conveys a feeling of awe as you witness four mysterious lights crashing into the waters off Shag Harbour, N. Use the blacklight flashlight (included) to view the coin in the darkthe glowing features add a sci-fi worthy touch to this true story!

This coin brings attention to a story that many people don't know about. The Shag Harbour Incident is one of the best government-documented UFO crashes; even today, the case remains open and unsolved. Laurie Wickens, Eyewitness and President of the Shag Harbour UFO Incident Society. Don't be disappointed, order yours. CANADA'S BEST-DOCUMENTED UFO CRASH!

Now you're a witness too! This coin is a re-telling of a UFO crash in Canada that prompted a government investigation in 1967the same year as the Falcon Lake Incident featured on a 2018 coin. SECOND COIN IN A PHENOMENAL SERIES! For our second Unexplained Phenomena coin, we're telling the story on a 1 oz.

These add a sci-fi worthy element to our colourful depiction of the mysterious craft and the four mysterious lights that were spotted in the sky. Your limited collectible is set apart by an unusual theme and a glowing designa sure conversation-starter and an enthralling addition to your collection! Regardless of special packaging, the Royal Canadian Mint certifies all of its collector coins! Only 4,000 coins will be made worldwideorder today as your coin is a limited work of art in its own right and highly collectible! Designed by Pandora Young, your coin is an artist's rendering of the Shag Harbour Incident.

The colourful vertical image shows the well-known UFO encounter from a witness' perspective, with a view from a fishing vessel off the southern coast of Nova Scotia. Three fishermen look up at the night sky, where black light technology adds a glow to the mysterious craft and its flashing lights as the object crashes into the Gulf of Maine. The obverse features the effigy of Her Majesty Queen Elizabeth II by Susanna Blunt.

Officials contacted the Rescue Coordination Centre in Halifax to find out if an aircraft had gone missingall were accounted for. Even today, the Shag Harbour Incident remains a mystery and one of the best-documented encounters with an unidentified flying object.

Commercial pilots were the first to spot mysterious lights in the evening sky on October 4, 1967, as they approached Yarmouth, N. Sightings were also reported in Halifax. Seven witnesses (including Laurie Wickens) notified the RCMP about strange flashing lights or a possible plane crash.

In fact, it was the authorities not the witnesses who first referred to the case as a UFO incident. Established in 2006, the Shag Harbour Incident Society is dedicated to chronicling the 1967 encounter. Visitors to the interpretive centre in Shag Harbour, N. Can learn more about the unexplained sighting through the permanent display of articles, memorabilia and videos.

Your coin is encapsulated and presented in a Royal Canadian Mint-branded clamshell with a black beauty box. If you enjoy UFO stories, then this coin is for you! CANADA RCM Official UV 9-LED BLACKLIGHT FLASHLIGHT for Glow-in-the-Dark Coins.

Links below to see our other UNUSUAL Collectibles. Diameter: 49.8mm x 28.6mm. Items shown in pictures are similar to the actual items for sale. Stock Photo - You may get identical items than the actual items shown.

Check out our Other Items. Please do not hesitate to ask questions about this or any of our other auctions! Need more scans or pictures, just ask. We have many other Canadian Gold or Silver coins and cases/COA's in stock. The item "2019 CANADA $20 SHAG HARBOUR Glow-in-the-Dark 1oz Proof Silver UFO Coin #2" is in sale since Tuesday, September 24, 2019. This item is in the category "Coins & Paper Money\Coins\ Canada\Commemorative". The seller is "jw-collectibles" and is located in Vancouver, British Columbia. This item can be shipped to Canada, United States.
incusegiltpureultraprivyfirstmaplenationsproofminteaglefdoisilvercanadianolympicwolfcoinsdollarsreversebearpf70goldeditionleafpeacecolorhighdollarcanadaprideanniversaryfinereliefcoinpcgs