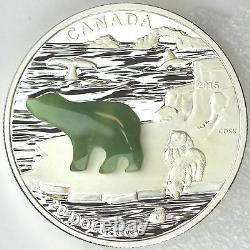 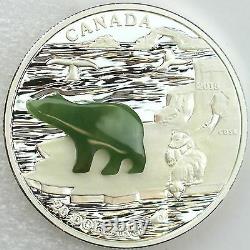 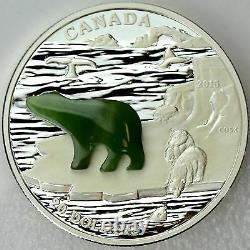 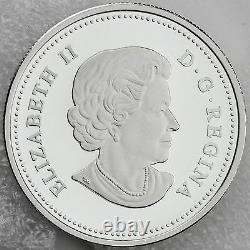 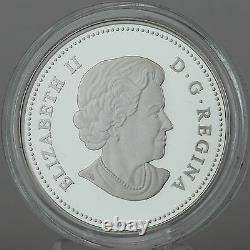 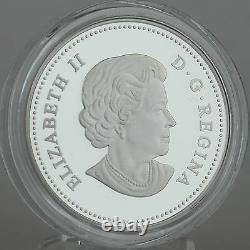 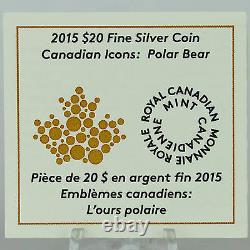 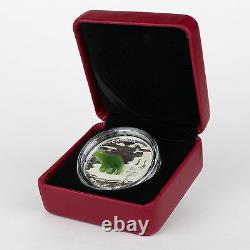 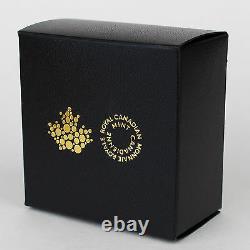 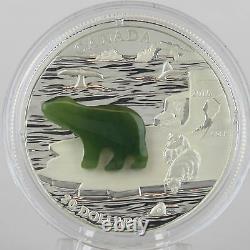 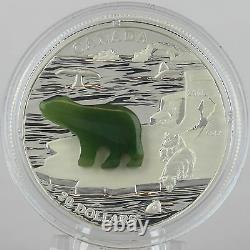 This King of the Arctic is North Americas largest land carnivore and is easily identified by its thick, white fur that keeps it warm as it hunts for seals along the sea ice. With a unique jade insert added to this fine silver coin, the Royal Canadian Mint proudly celebrates this animal of the ice, and the ecosystem it inhabits. For thousands of years, the beauty of jade has captivated peoplefrom ancient China and the pre-Columbian New World, to todays collectors and jewelry makers.

Treasured by the Chinese who associate it with longevity, purity and the soul, jade has been used as a good luck and protection stone in the ancient art of Feng Shui, while in gemstone therapy, it is said to bring happiness and harmony while stimulating agility and creativity. The jade insert on this coins reverse features Canadian nephrite jade that was mined in British Columbia, and is prized for its resilience and mirror-like finish once polished.

By some accounts, Chinese settlers who were hunting for gold along B. S Fraser River and the Dewdney Trail were the first to identify jade deposits there in 1886; in the 1930s, European miners also found large boulders from the provinces gold mines. But it wouldnt be until the mid-20th century that commercial mining of jade was established in B. Which has since become one of the worlds top jade producers.

Second coin by the RCM to feature a jade insert, it represents a mother polar bear with her two engraved cubs in a touching scene. Highly-detailed engraving brings to life one of the Canadian Norths most iconic animals alongside others that are closely identified with the Arctic region. A celebration of a powerful creature in its natural environment, this design is enhanced by a unique gemstone that further highlights Canadas wealth of natural beauty through its resources. Combining tradition with modernity in a particularly harmonious way, the intricate engraving is complemented by a jade inserta decorative stone that is found in nature and is of immense beauty and strength. For our Canadian customers, this coin is GST/HST exempt. The reverse image by Canadian artist Cindy Deborah Sorley-Keichinger features a truly Arctic scene, one that tells the story of several of the Canadian Norths animal residents. In the foreground, a jade polar bear and her two engraved cubs have made their way to the tip of the ice pack. The stunning jade insert naturally draws the focus to the mother bear, who has turned her attention away from her cubs to look to the horizon beyond the image field. Behind them, two whales show their tails in the vast expanse of the largely iceless waterssave for a few awe-inspiring icebergs in the background.

The polar bears two cubs carry on, somewhat playfully; while the smaller cub rests, its sibling takes the opportunity to explore its surroundings. Coming nose-to-nose with a seal pup, the polar bear cubs curious glance is particularly poignant: neither cub nor pup fully grasp yet that as adults, they will be at odds in their roles as the hunter and the hunted in the polar chain of survival. Each coin is encapsulated and presented in a Royal Canadian Mint-branded maroon clamshell protected by a black beauty box. Check out my other items.

Be sure to add me to your favorites list. Unsearched All of the coins offered in this listing are unsearched. Many coin dealers search all coins when they are received from the Mint. They "cherry-pick" the best coins. Then submit them to be graded, certified, and slabbed by PCGS, NGC, ANACS, etc.

We often include proof coin photos with the coin slightly tilted to better depict the mirror bright surfaces. However, tilting the coin may resulting one side being slightly out of focus.