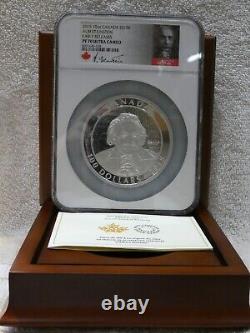 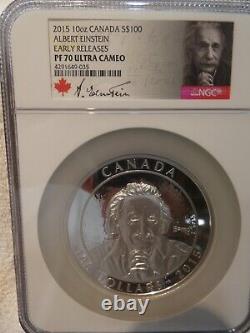 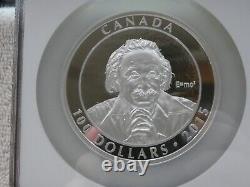 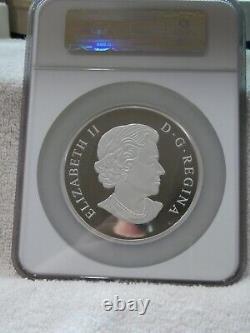 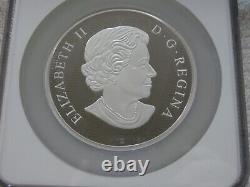 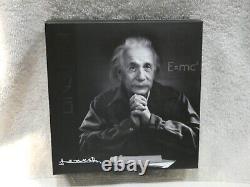 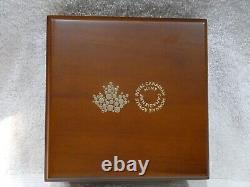 Celebrates 100th anniversary of the Theory of Relativity developed by Albert. Mintage is only 1500 all over the world! It's an over-sized proof coin, great for displaying. Excellent for collectors of Coins or Albert Einstein memorabilia. World-renowned Canadian photographer Yousuf Karsh is known for his famous portraits of Sir Winston Churchill and many other politicians, dignitaries, members of royalty and celebrities, including Albert Einstein, seen here in 1948. 2015 is a year of celebration as the world pays tribute to one of the greatest minds in science. He revolutionized the way we understand our world, and 60 years after his death, continues to inspire scientists to trust their creative powers as they push the envelope in scientific thinking.

Einstein completed his masterpiece, the General Theory of Relativity, 100 years ago in 1915. An earlier form of his iconic formula, E=mc2 had been presented ten years prior as part of his Special Theory of Relativity (1905). A must-have for Einstein fans! Physicists, astronomers, historians; anyone with a passion for science and Einstein's genius will cherish this original and upscale keepsake!

Join the global celebration with this historic fine silver coin commemorating Albert Einstein and the. 2015 celebrates the 100th anniversary of the General Theory of Relativity and the 110th anniversary.

Of the Special Theory of Relativity. Highlights a unique Canadian connection to Einstein. The portrait on this coin is the work of. This coin is stunningly crafted with exquisite detailing, multiple finishes and a proof field to capture. The subtleties of light and form as revealed in Karsh's original photograph.

Your coin is GST/HST exempt and has a limited mintage worldwide. Royal Canadian Mint engravers have expertly reproduced the original portrait taken by Yousuf Karsh in 1948. As a unique addition, Einstein's breakthrough formula E=mc2 has been included within the image. Karsh, who is renowned for his famous portrait of Sir Winston Churchill, among other politicians, dignitaries, royalty and celebrities, met with Einstein at Princeton's Institute for Advanced Study in 1948.

He took a number of photographs, two of which became the most iconic images of Einstein worldwide. One of them is featured on this coin; its down-to-earth style revealing the humility and humanity behind one of the most powerful minds science has ever known. Your coin is encapsulated in NGC certificated package and is certified as PF-70(best and perfect proof condition). Your coin is presented with a Royal Canadian Mint-maple presentation case and a graphic beauty box.

Please send me message if you have any question. Precious Metal Content: 10 oz. This item is in the category "Coins & Paper Money\Bullion\Silver\Coins". The seller is "kmboutilier22" and is located in this country: US.